Too Much Coffee Man writes a book. Wish it was that easy!

Email ThisBlogThis!Share to TwitterShare to FacebookShare to Pinterest
Labels: Writing

I spend a lot of time at bookstores, but mostly in their cafe's writing. Then perusing shelves, wondering why I bother and how on earth any book I write could ever be seen past all the noise....

But it's much worse for those who work there. Check out this list from the fired employees of some dead Border's store somewhere <via GalleyCat>. It's a riot. Because it's true. Especially the Nicholas Sparks comment.

Last night, my neighbor, who I don't really know, came to the door of my house looking for his cat. Said feline, a male named Murray, had been missing two days. (I found out today, looking at the poster they put up looking for him, that he was hyperthyroid and had missed a couple pills while being missing and "might not be doing well.")

I use the word "was" because, well, Murray died.

I was going to go back outside and tell him, and his girl-friend who was hanging the posters, that I didn't find Murray in my garage. I made it to my porch in time to see people across the street come out and tell the girl-friend that they'd seen the cat dead on the sidewalk a couple days ago. I don't know any more details than that.

What I did see was the girl have a huge breakdown, sobbing and clutching both her boyfriend and those other neighbors, as the news of cat's death struck home. It was horrible. I slunk back into my house rather than look like some leering ghoul.

I'm no cat person. I like cats, but can't imagine having an animal that generally disdains humans. I've known some pretty great cats in my day, in fact I'd even count Murray among them, because that feline was damned friendly. Maybe too friendly. I worried about that.

And moreso, I wondered: Why is this cat here?

Object lesson in it all, hopefully learned by my neighbors, who still have a female cat who also hangs around my front door to say hi, and maybe learned by anyone who reads this: KEEP YOUR DAMN PETS INSIDE.

Guess what? You might think "Aw, he wants to be free to roam!" but you are the human. You set the rules. Just like no Labrador has to be 150+ pounds just because you think, "Aw, he's always so hungry though, and besides, he's big-boned!" no cat you consider a pet needs to go outside. Period. Especially in a neighborhood like mine with lots of vehicle traffic, not even 100 yards from the busiest road in town.

And if you must, walk the cat on a leash. I don't care if you look like the entire toolbox, you tool. You want the pet? Take responsibility. I feel your pain at the loss of an animal... but I feel far more pain for the kitty who probably died horribly, because you were lazy.
0 comments

Email ThisBlogThis!Share to TwitterShare to FacebookShare to Pinterest
Labels: Pets

They say write what you know. So I just wrote a scene involving a dog throwing up.

Email ThisBlogThis!Share to TwitterShare to FacebookShare to Pinterest
Labels: Writing

Taken at a Borders, of course.
0 comments 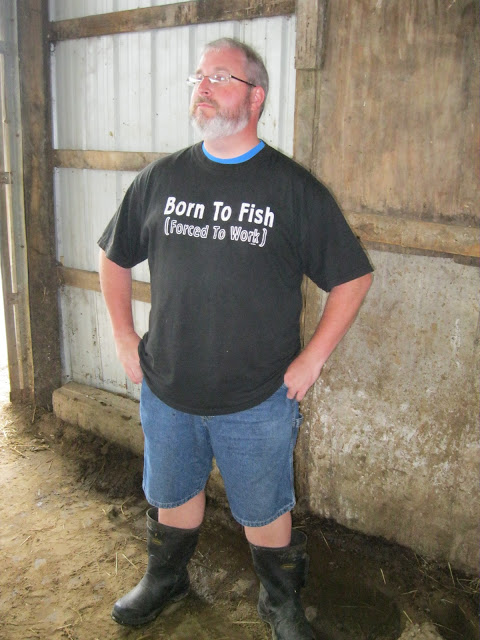 You probably didn't know I was gone, but if you are one of the three people on earth who likes to bitch that I don't blog anymore.... well, Squished Frog Productions is back. I'll make a habit of it. Meanwhile, don't forget to check out my rambling on Facebook and Twitter. And dammit people, be careful out there.
0 comments